Manchester United have been given a huge boost in their transfer pursuit of Borussia Dortmund attacking midfielder Christian Pulisic.

The likes of Liverpool, Bayern Munich and Chelsea are also tracking the young USA international, who is regarded as one of the top young talents on the planet.

MORE: Jose Mourinho being eyed up for big job as Manchester United future thrown into doubt

United could certainly do with strengthening in attack as they’re also linked with Chelsea winger Willian, but it looks like a deal for Pulisic could be very much on the cards.

According to the Daily Mail, Dortmund are ready to consider a deal that would allow Pulisic to be sold this summer for £60million, their current asking price.

The only catch, however, is that they would then agree to keep the 19-year-old for one more season before releasing him, as RB Leipzig did with Naby Keita and Liverpool. 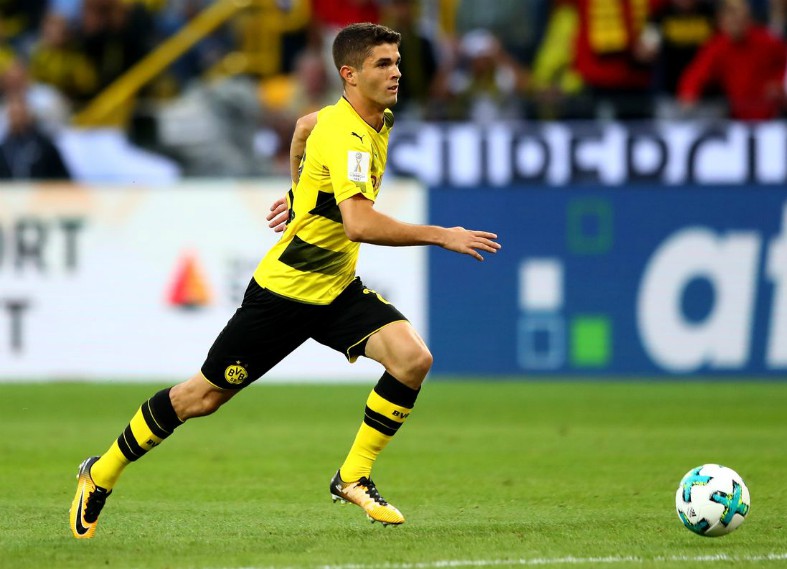 This deal could be preferable for the Bundesliga giants as otherwise they run the risk of losing Pulisic for much cheaper next summer as he comes towards the end of his contract.

United fans will hope some arrangement can be struck in the coming days as the transfer window draws to a close.