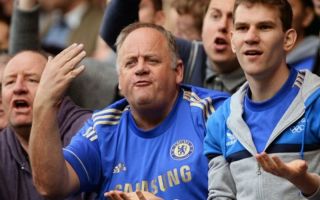 N’Golo Kante proved to be a big miss for Chelsea as they faced Manchester City in the Community Shield at Wembley on Sunday.

Pep Guardiola’s men showed on numerous occasions their ability to carve Chelsea open and split the defence with surging runs which led to Sergio Aguero’s double.

For both goals, Phil Foden and Bernardo Silva were given free licence to charge past the Chelsea midfield uncontested and create several chances during the game.

The lack of energy in the Chelsea midfield could only be explained by the absence of star man Kante.

Although he’s coming off the back of a World Cup winning campaign with France, the Blues could have really used the energy the French international brings to the fray to match the tempo set by Guardiola’s side.

In turn, by pairing the energy and tenacity of the 27-year-old with the creative qualities of the likes of Jorginho and Fabregas, Sarri may well find a balance in his side that will be crucial for their chances of success this season moving forward.

Several Chelsea supporters bemoaned the same issue though, as seen in the tweets below, as they were left to wonder had Kante featured, if he could have been key in securing a very different result as he continues to enjoy a well-earned rest after a busy summer.

Kante is trending on Twitter when he's not playing. That's how big of a miss he is.

Today is just reconfirming that we have a lot of players that are just not good enough, that dont fit in this system that Sarri wants to play.

There is no Courtois, Kante, Hazard to protect and overshadow the weaknesses on display.

Pre-season friendly or not, City are simply miles better. Their squad, even without KDB, is just miles and miles ahead. We’re extremely dependant on Kanté and Hazard. 0 ambition from the board and owner.

Chelsea midfield without Kante is a free for all. He deserves that big move or a new £300k a week contract.

Our midfield without Kante is shambles. It isn’t protecting the defenders and it has failed to help the attackers so far.

People talk about hazard, but Kante is our most important player #Cfc

We need Kante and Hazard back ASAP.

The Aguero goal and Bernando Silva runs are why you must be a clown to think Kante shouldn’t be the first name on the sheet for the midfield.

Kante gave our defenders careers over the last couple of years. They’re all pathetic.