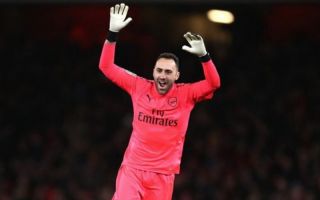 David Ospina reportedly looks set to leave Arsenal and make the switch to Turkey, with The Sun reporting that the Colombian goalkeeper has already entered talks with Besiktas.

Following the summer arrival of Bernd Leno to Arsenal, Ospina has arguably fallen down the pecking order to third choice behind the aforementioned German shot-stopper and stalwart Petr Cech.

In turn, in order to enjoy a prominent role in the upcoming campaign and remain a key figure at club level to preserve his status as Colombia’s No.1, a move elsewhere would seem to make sense.

The 29-year-old enjoyed a positive summer as he helped Colombia reach the World Cup round-of-16 before being knocked out in a dramatic penalty shootout when his side faced England.

Former Arsenal manager Arsene Wenger brought in the shot-stopper from French side Nice following his impressive performances for his country during the 2014 World Cup in Brazil.

As a result, Arsenal fans would have undoubtedly hoped Ospina would challenge Cech for the No.1 shirt during his time at the Emirates, but instead he has struggled to find his best form while never really establishing himself as the first choice option.

With that in mind, it’s no surprise a touted exit looms for Ospina with the keeper now perhaps deemed surplus to requirements by new manager Unai Emery, who has been busy stamping his mark on the squad inherited from Wenger with Leno likely to feature heavily this season and beyond.