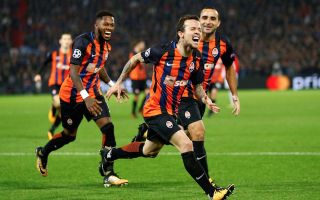 Chelsea could be preparing a last minute move for Shakhtar Donetsk midfielder Bernard, which would steal him from right under Everton’s noses.

The 25-year-old has the spent 5 years with the Ukranian giants, making over 90 appearances and contributing 14 goals for the team. The midfielder also has 14 caps for Brazil to his name, although he did miss out on Selecao boss Tite’s final squad for this year’s World Cup Finals in Russia.

Over the course of the last week, Bernard has been strongly linked with a move to Premier League club Everton and according to The Daily Express, the Toffees have offered him a four-year contract with the club in a deal which could see him earn up to £5.3 million a year.

However, The Express also comments on reports surfacing today on the Sky Sports transfer centre about Chelsea potentially making a last-minute approach for Bernard, which could ultimately see them beat Everton to his signature.

The Express states that the Brazilian was set to complete a medical on Merseyside, but should he perform a complete U-turn and head for London instead, new Chelsea boss Maurizio Sarri would successfully strengthen his midfield further ahead of the new season.

Sarri is well known for favouring a formation with 3 central midfielders and with Cesc Fabregas approaching the twilight of his career, Bernard could well fit into the starting XI alongside N’golo Kante and new signing Jorginho if he elects to move to Stamford Bridge.