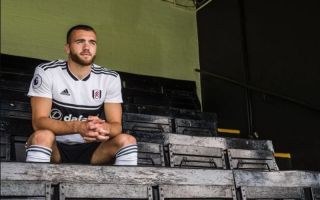 The 23-year-old is a graduate of the prestigious Southampton academy, and after impressing for the Saints previously, Chambers has gone on to make a total of 94 Premier League appearances so far in his career.

However, he’ll now look to add to that tally with Fulham in the upcoming campaign as Arsenal have confirmed that he’s joined the Cottagers, as seen in the tweet below.

All the best for your time with @FulhamFC, @CalumChambers95 ?

Chambers is not the only young English defensive recruit Fulham have signed this summer, as they also officially announced the signing of Alfie Mawson last week.

Fulham fans would love to see Chambers once again strike a solid defensive partnership with Mawson having previously played together on the international stage at youth level.

Provided that they do so, it could give them an ideal base on which to build as they look to protect their top-flight status and avoid an immediate return to the Championship after defeating Aston Villa in last season’s playoff final.

Chambers has also now confirmed the move, and as per his tweet below, he’s evidently excited about the new challenge that awaits him at Craven Cottage.

Delighted to have signed for @FulhamFC on a year long loan! I felt this was the right thing to do at this point in my career and I’m up for the challenge! Wish everyone at @Arsenal the very best for the season! pic.twitter.com/B6CbSwwE0I

“Everyone can see that Fulham’s a club that likes to play football, play football from the back, through the lines. That’s the style of football I like as well, so I think it fits me and suits the way I play.”

While Arsenal fans wait to see how Chambers’ spell on loan plays out, Fulham fans will be delighted with their recruitment drive this summer having added the likes of Jean Michael Seri, André Schürrle, Mawson and now Chambers to their ranks as they appear to have strengthened sensibly. 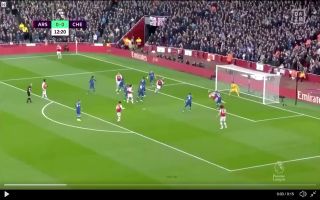