Juventus are readying a bid for Lazio’s prized asset Sergej Milinkovic-Savic, which could see Manchester United lose out on a possible deal.

The Serbian international midfielder has spent the last 3 years of his career in Rome with Lazio, where he has developed into one of Europe’s hottest young properties, scoring 17 goals in 94 appearances for the club.

The 23-year-old has 7 caps for his country already and played for them this summer at The World Cup finals in Russia, impressing in an attacking midfielder role but ultimately unable to save his country from a group stage exit.

According to The Sun, Manchester United have been monitoring Milinkovic-Savic’s situation and were even lining up a huge bid of £138 million to secure the Serbian’s services for the new season.

Red Devils boss Jose Mourinho has until the transfer window shuts on Thursday night to conclude his business and the Lazio man could slot into his attacking line-up seamlessly.

However, according to The Daily Mail, reporting on a story from Italian publication Tuttosport, Juventus have made public their pursuit of the player this Tuesday and they are determined to seal the deal in the coming days. 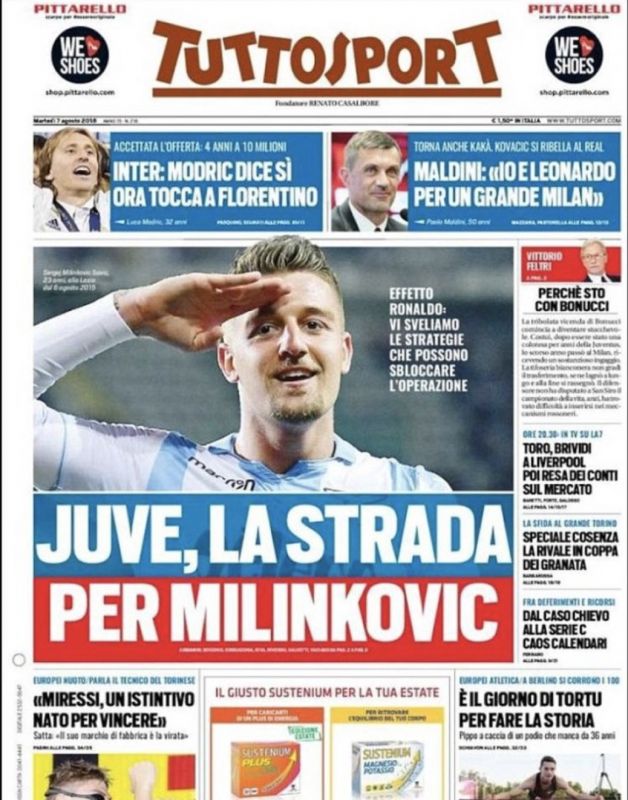 If The Old Lady does indeed table a bid for the midfielder they would once again have to break the bank, having already bought in Cristiano Ronaldo from Real Madrid this summer for £105 million – as per Sky Sports.

This news will come as a fresh blow for Mourinho as time continues to run out for him to recruit attacking reinforcements, ahead of a crucial season for the Portuguese boss which must see his side challenge for the league title or else he could find his job on the line this time next year.