Chelsea are weighing up a stunning end to the summer transfer window as they ponder a £100million bid for Inter Milan striker Mauro Icardi.

CaughtOffside understands the Blues are concerned about Alvaro Morata in the centre-forward role, and that manager Maurizio Sarri has specifically requested replacing the struggling front-man with Icardi – a player he knows well from his time managing in Italy.

While Sarri sees Icardi as a vital target whatever the cost, senior figures at Chelsea are concerned about the cost of the player, with Inter demanding at least £100m, CaughtOffside understands.

The Argentina international has been hugely prolific in Serie A down the years and seems an ideal addition for CFC in their current situation.

Various rumours have been circulating about the club signing a new big-name striker this summer, but Gonzalo Higuain ended up joining AC Milan instead, while Robert Lewandowski transfer rumours haven’t really gone anywhere.

Mauro Icardi could be a late transfer target for Chelsea

Stamford Bridge sources have told CaughtOffside a late striker deal could still be on the cards, though the focus has largely been on the goalkeeping situation.

Kepa Arrizabalaga looks set to join Chelsea from Athletic Bilbao, with Thibaut Courtois heading to Real Madrid for a medical tomorrow, as has been widely reported by the likes of Sky Sports.

CaughtOffside understands that the considerable outlay on Kepa means Chelsea are cautious about coughing up so much for Icardi, though they are willing to explore the option of a deal if they can get that price down or if they manage to raise enough funds from player sales in the next 24 hours.

This is because Sarri is pushing for the Blues to bring in a new striker as a matter of urgency, with the team’s fortunes suffering so badly last season after bringing in Morata to replace Diego Costa, taking the club from 1st to 5th in a dramatic slump in the space of just one year.

It remains to be seen how much Icardi, 25, would be interested in leaving Inter, with the forward hinting at staying at the club with an Instagram post last month.

The former Barcelona youngster posted an image of himself joining the Serie A giants, with the caption ‘to be continued’ in capital letters.

Still, a move to the Premier League could be hard to turn down for a quality player who will surely have ambitions to win major honours in the future.

Icardi has scored 107 goals in 182 games at the San Siro and seems ideal to replace the off-form Morata, who managed just 11 in his first season in west London.

The Spain international recently told the Daily Mirror he rejected offers to leave Chelsea this summer, but it seems there’s still a chance they’ll replace him with a new first choice up front anyway. 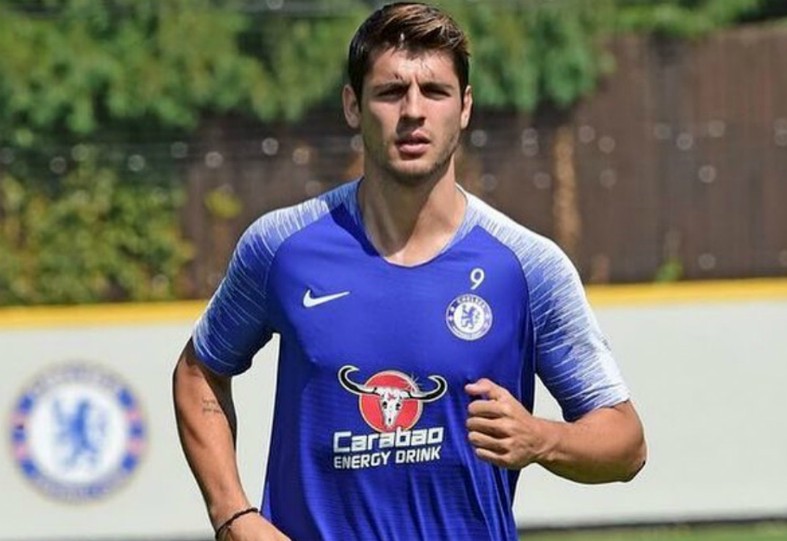 Alvaro Morata has struggled at Chelsea since joining last summer

Morata mentioned turning down offers from Italy in that Mirror interview, so it remains to be seen if he could perhaps be persuaded to move to Inter as part of a swap deal for Icardi.

Chelsea don’t have long to decide how to approach this, but could in theory also try offering Michy Batshuayi or Olivier Giroud to Inter to sweeten the deal, with both players certainly decent enough despite their respective struggles with the Blues.