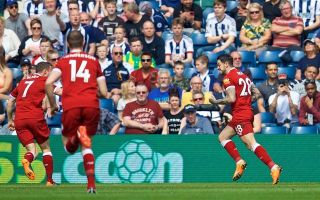 Liverpool’s valuation of Danny Ings has reportedly seen them fail to offload him in the summer transfer window with no interested party willing to meet their demands.

The 26-year-old has been blighted by injury woes since he moved to Anfield, limiting him to just 25 appearances in three years with the Reds.

SEE MORE: Liverpool could make one more signing this summer in the form of 19-year-old midfielder

Coupled with the fact that competition for places continues to heat up with Xherdan Shaqiri joining this summer as well as Daniel Sturridge impressing in pre-season, it’s unclear as to where Ings sits in the pecking order behind preferred trident Mohamed Salah, Sadio Mane and Roberto Firmino.

An exit would therefore seem to make the most sense for all parties, but as reported by the Liverpool Echo, the £20m price-tag placed on Ings by Liverpool has seemingly ensured that they haven’t managed to receive a satisfactory offer.

With the Merseyside giants looking to compete on various fronts this season, perhaps there is an argument to suggest that Jurgen Klopp could do with the additional competition and depth.

However, there are a number of his teammates standing in Ings’ way to get into the starting line-up, and he’ll surely be itching for a prominent role provided he can stay fit.

The transfer window remains open for clubs outside of England beyond Thursday, and so while it would seem unlikely that Ings will now move on this summer, it remains to be seen if he attracts a bid that matches Liverpool’s valuation or is forced to remain until January at least.