Barcelona could be willing to sell Ousmane Dembele should PSG include Goncalo Guedes in an offer for the player, with the club willing to let the French giants take €40M off of their €120M bid for the winger if Guedes is part of the deal.

This is according to Don Balon, who are noting that the French giants have tabled an offer of €120M for the World Cup winner, and that the club would be ok with receiving €80M for the player if Guedes is used as a makeweight in a deal.

The report also notes that Messi is a fan of Guedes, something that it easy to see given how good the winger was for Valencia last season.

Barcelona telling PSG this information may mean that the club are willing to let Dembele leave, as they surely wouldn’t be telling the French giants this if they weren’t happy to depart with the wide-man. 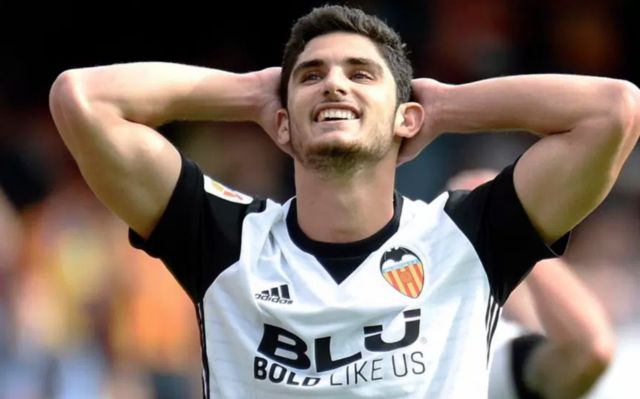 Barcelona want PSG to include Guedes in an offer for Dembele

Barca letting Dembele leave for any price wouldn’t be a wise move from Ernesto Valverde’s side, as the Frenchman has shown these past few years that he’s one of the brightest young talents in world football.

The former Borussia Dortmund winger has a tough time last season due to injuries, however towards the end of the campaign, the youngster wowed fans with his performances as he helped the club wrap up yet another La Liga title.

Guedes was good for Los Che last year, however it’s clear for all to see that him and Dembele are miles apart in terms of ability, so swapping him for the French international would be a bad move all round by the Spanish giants.