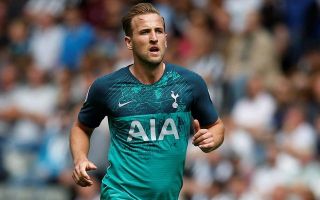 Tottenham started their Premier League campaign with a 2-1 win over Newcastle at St. James’ Park with Jan Vertonghen and Dele Alli grabbing the goals.

All three goals in the game came in a thrilling opening 18 minutes, with Joselu cancelling out Vertonghen’s opener almost immediately.

However, via a brilliant delivery from Serge Aurier, Alli was able to restore Tottenham’s lead as they held out to secure all three points.

Much has been made of the fact that Spurs didn’t make a single signing this summer, but while that may come back to haunt them as they attempt to compete on various fronts, one of their biggest strengths is that they’ve kept the core together and are more than familiar with each other.

In turn, a quick and positive start was expected with several of their stars who featured at the World Cup coming back into the starting line-up immediately too.

However, there was no luck for this summer’s Golden Boot winner Harry Kane, as his wait for a goal in August goes on. As per the graphic and tweet below, the England international has now played in 14 Premier League games in August, and he still hasn’t scored a single goal.

0 – Harry Kane has never scored a Premier League goal in the month of August, despite playing 13 games, 898 minutes and attempting 44 shots. Peculiar. pic.twitter.com/CV7RyCrW8O

Harry Kane has had 46 shots in 14 games Premier League games in August.

None have gone in. pic.twitter.com/2SP78rntgu

He’ll be hoping to end that barren run when Tottenham host Fulham next weekend.

Ultimately though, Spurs got the win which is what will matter most for Pochettino, and there were solid performances elsewhere in the side.

Vertonghen gets an 8/10 rating while Davinson Sanchez impressed alongside him at the back. Despite that though, it’s Alli who walks away with our Man of the Match award after playing a key role in the win and coming up with the winning goal.

In contrast, Kane, Lucas Moura and Eric Dier were among the others who disappointed. Nevertheless, with a win to start the new season, Tottenham will undoubtedly hope that they continue to improve as the year goes on.