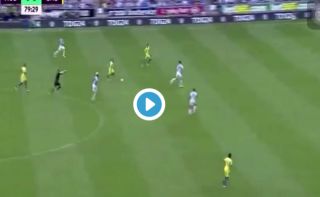 Pedro secured all three points for Chelsea against Huddersfield this afternoon, as the Spaniard scored a delightful chip against the Terriers with just 10 minutes left on the clock.

The former Barcelona winger, who was put through by World Cup superstar Eden Hazard, buried his one-on-one to wrap up Maurizio Sarri’s first Premier League win as Blues boss.

MORE: “Must improve” – these Chelsea fans slam Blues star despite Sarri’s side having lead against Huddersfield

Despite struggling against Man City in the Community Shield last week, it seems like the Blues are getting used to Sarri’s play style very quickly, a sight that will be a great one to see for Chelsea fans.