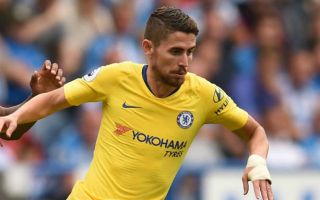 A Chelsea fan has tweeted a pretty cute picture of Jorginho’s shin pads before the Huddersfield game yesterday.

The Brazilian-born Italy international had a superb debut in the Premier League as Chelsea started the season with a 3-0 victory, but something else caught this fan’s eye.

MORE: €100million star to be rewarded for snubbing Chelsea transfer

Rather than some annoying corporate logo, cheesy slogan or a picture of his family, Jorginho has a rather adorable photo of his dog on his shin pad.

See below for the photo – it really is lovely.

We imagine Jorginho and fellow dog-lover Alexis Sanchez would have plenty to talk about.

Just one more reason to support Chelsea this season and Jorginho: it’s not his family on his shin pad, it’s his dog. pic.twitter.com/hvNzqxB2gM