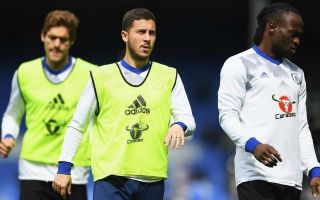 Real Madrid are reportedly ready to consider a late swoop to sign Chelsea forward Eden Hazard before the European transfer deadline at the end of August.

This is according to Don Balon, who claim Madrid president Florentino Perez remains eager to move for Hazard in case he pushes for an exit from Stamford Bridge this month.

While it makes sense for Real to be active in the coming weeks, it would be a big surprise if the Spanish giants were successful in a second raid on Chelsea this summer.

The Blues recently sold Thibaut Courtois to Los Blancos, but were able to do so due to the transfer window not yet being shut for English clubs, as they promptly replaced Courtois with new goalkeeper Kepa Arrizabalaga.

Hazard leaving now, however, would leave CFC unable to bring in anyone new in attack until January, which is surely too long for a club of their ambition.

Of course, every player has his price and it may be that Madrid will come up with something too good for Chelsea to refuse, but it would surely take something astronomical.

Real could certainly do with a top attacker to replace Cristiano Ronaldo after his move to Juventus this summer, with Courtois the biggest name coming in so far ahead of the new La Liga season.