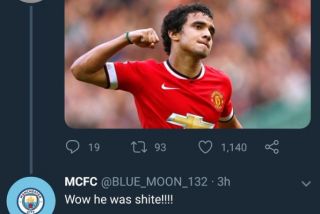 Fan account MourinhoMindset tweeted a photo of Da Silva with the caption ‘underrated’, and it’s clear the Brazilian appreciated the gesture.

So when a City fan commented that he wasn’t a good player, Da Silva rightly replied saying he’d won as many Premier League titles as the fan’s club.

Now with Lyon, Da Silva won three titles as a United player before his departure, which is indeed the same as City after they won the trophy for the third time last season.