Well, he physically left Anfield when he joined Lazio.

Emotionally though, he remains connected to the Reds.

He proved as much on Sunday when he streamed Liverpool’s Premier League opener against West Ham to his bedroom in Italy.

Lucas shared an image of his one-screen setup to Instagram and attached the caption: “The premier is back @liverpoolfc”.

Yet despite his modest goal return, he was loved by the Anfield faithful and it seems the feeling was mutual. 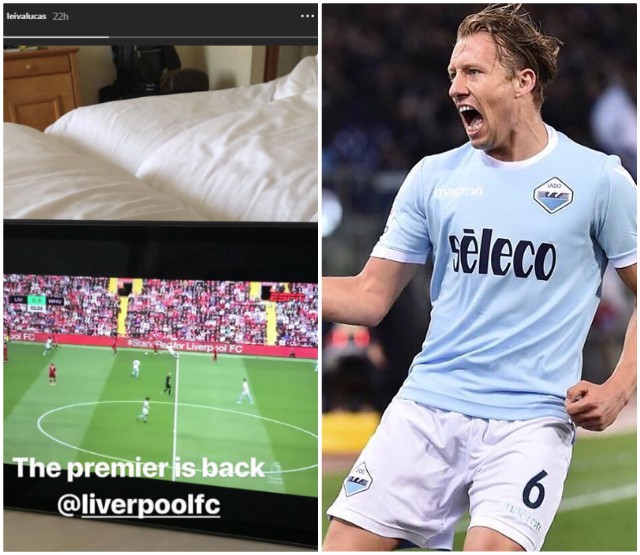 Lucas Leiva watches Liverpool vs West Ham on his tablet