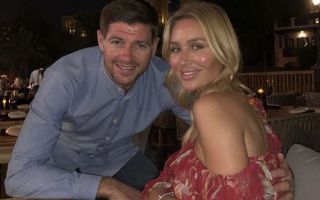 The Liverpool legend, hours after guiding his Rangers side to their first Scottish Premiership win of the season, took to Instagram to show off a picture of himself with his wife.

Gerrard, who married wife Alex Curran at the Cliveden House luxury hotel in Buckinghamshire back in the summer of 2007, wore a smug look on his face in the picture, which was fittingly captioned: “Done well this one”.

Done well this one 😘

The happy couple have four children — three daughters and a son.