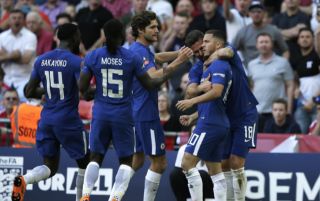 AC Milan look set to complete a swoop for Tiemoue Bakayoko after the Chelsea star arrived for his medical on Monday morning.

The 23-year-old experienced a difficult first season with the Blues last year, as he was unable to replicate the form he showed at Monaco.

In turn, with Maurizio Sarri arriving at Stamford Bridge this summer, coupled with the signings of Jorginho and Mateo Kovacic, the French midfielder has seemingly dropped down the pecking order and will struggle for playing time this season.

Fortunately for him, Milan have identified him as a key addition for Gennaro Gattuso to add quality and depth to their midfield options having lacked exactly that last season, and so as seen in the video below, Bakayoko has arrived in Milan to undergo his medical on Monday.

According to Calciomercato, he will cost an initial €5m for a season-long loan deal, while the Rossoneri will then have a €35m option to buy included in the agreement if they wish to exercise it and sign Bakayoko outright if he impresses this year.

Perhaps with the slower tempo in Italy coupled with his physicality and defensive work, Bakayoko could flourish for Milan. Whether as an alternative to Franck Kessie or even playing alongside him, it should prove to be an important addition for the club as they look to compete on multiple fronts this season.