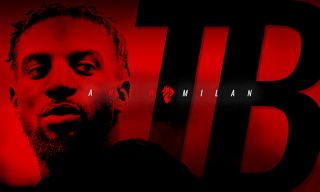 AC Milan have confirmed the arrival of Tiemoue Bakayoko from Chelsea on an initial loan deal, and their next signing may not be far off either.

The Rossoneri released a statement on Tuesday afternoon to confirm that Bakayoko had joined on an initial loan with an option to buy included in his switch from Chelsea.

In turn, it remains to be seen whether or not the 23-year-old impresses the Italian giants enough to earn himself a permanent move to the San Siro next summer.

Having struggled to replicate his form from Monaco at Chelsea last season, the fresh challenge could be exactly what the Frenchman needs as he’ll look to adapt and settle into a new league and environment again in the coming weeks.

A midfield reinforcement was undoubtedly needed by Gennaro Gattuso given his lack of depth in that department last season, while Manuel Locatelli’s move to Sassuolo was confirmed on Monday.

Whether it’s as a Franck Kessie alternative on the right of a midfield three or perhaps as the defensive holding midfielder alongside the Milan ace, Bakayoko also offers versatility to give Gattuso options.

Meanwhile, that might not be the only deal that the club announce on Tuesday, as Calciomercato report that Villarreal winger Samu Castillejo is expected to arrive in Italy in the evening to complete his €18m move with Carlos Bacca moving in the opposite direction.

The wide positions were another area which Milan needed to address this summer, with a lack of options beyond Suso and Hakan Calhanoglu, while the pair lack the pace and change of speed that Castillejo could now provide.

Milan are enjoying a busy week with the deadline approaching in Italy on Friday, but time will tell if it all helps them improve on their back-to-back sixth place finishes in Serie A over the past two years.