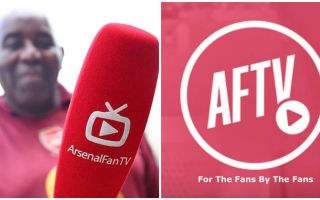 Arsenal Fan TV has got a new look and according to reports, it’s due to being forced to undergo a rebrand after talks with the club.

As seen in the tweet below, the ArsenalFanTV handle has been replaced by AFTVMedia, which is also the new name and look on the YouTube channel and other media platforms.

According to The Daily Star, it comes after talks took place between the channel and the Gunners and the latter have ultimately opted to force them to remove the club’s name due to the channel ‘negatively impacting Arsenal’.

Further, it’s claimed that a cease and desist order letter was sent to channel owner Robbie Lyle, and so the change has been made to effectively disassociate the channel from the club.

With over 820,000 subscribers on YouTube, coupled with the outreach from the videos posted throughout the year including match day content and regular sit-downs with channel favourites such as DT and Troopz, AFTV has established itself as a key player in the media industry along with other similar club channels.

However, it appears as though they will no longer be allowed to use the club’s name as part of their work with the Star report above one of many claiming that the change has been enforced due to the club’s involvement.

The channel has re-branded to @AFTVMedia the @ArsenalFanTV handle will no longer be in use pic.twitter.com/pF9rE2UwDA