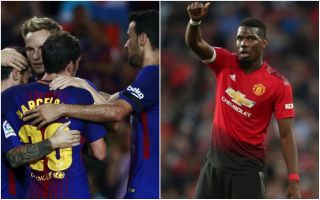 The Croatia international is supposedly attracting interest from Ligue 1 duo Paris Saint-Germain and Monaco, as well as Juventus and Bayern Munich, according to Don Balon.

And the Spanish outlet also suggests Rakitic would not be happy with Barcelona signing Pogba, as has been speculated by a number of outlets in recent times.

It certainly seems likely that the arrival of the France international could be problematic for Rakitic, who already faces plenty of competition for places in the middle of the park.

Barca signed Arturo Vidal this summer, while Rafinha Alcantara is back at the club after returning from loan.

Were Pogba to be added to that list, it would likely mean Rakitic was a contender to be offloaded, despite his four years of great service to the Catalan giants.

The 30-year-old could be a fine addition for the likes of PSG, Monaco, Juve or Bayern, however, so it will be interesting to see how this saga plays out in the coming weeks.

Most top European clubs have until the end of August to sign players, except Serie A sides whose deadline is sooner, while the transfer window closed for Premier League clubs last Thursday, meaning that although United could still sell Pogba this month, a deal seems less likely for the time being as they’d be unable to replace him until January.