Barcelona are reportedly set to see Marlon leave the Nou Camp to secure a €12m move to join Serie A outfit Sassuolo ahead of the Italian transfer deadline.

The 22-year-old joined the Catalan giants in 2016 from Fluminense, but after a string of appearances for the club’s ‘B’ side, he was loaned out to Nice last season where he made 23 outings.

However, it doesn’t appear as though he has convinced the Barcelona hierarchy of his quality moving forward, with Mundo Deportivo reporting that he’s on the cusp of securing a €12m to Sassuolo, with an agreement between the player and his prospective club all that is missing.

Naturally, agreeing on personal terms could still be considered a significant stumbling block, and so it remains to be seen whether or not that is overcome in the coming days with the transfer window in Italy closing on Friday.

Given his lack of impact and coupled with the fact that Mundo Deportivo add that he was signed for €5m two years ago, Barcelona are making a healthy profit on a player that hasn’t even featured for them on a regular basis, should the move go through.

From Sassuolo’s perspective, the Brazilian starlet could be an exciting addition if he fulfils the potential that Barcelona initially saw in him, while having officially confirmed the arrival of Manuel Locatelli from AC Milan on Monday, they appear to be looking to build an exciting young team.

Nevertheless, time will tell if Marlon agrees to become part of that vision, but with his chances of regular playing time at the Nou Camp extremely slim, a move elsewhere to further his career is arguably the best option from his point of view too. 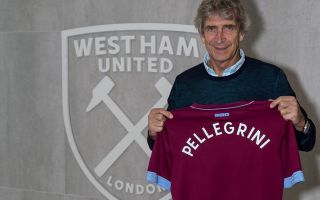 Barcelona set to be raided by Premier League side as club eye up £18M transfer swoop for Blaugrana star May 20, 2018 7:35
Leicester City FC