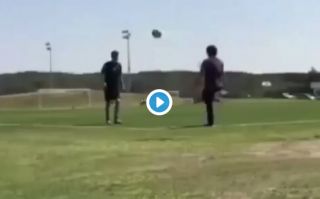 We were all wowed by Jorginho’s Premier League debut for Chelsea at the weekend, but it turns out his Mum is a total baller as well.

In fact, that seems to be where the Italy international gets his talent from, with the Metro quoting the player as saying she was highly influential in playing with him and teaching him about the game when he was growing up.

MORE: Chelsea star a major doubt for Arsenal clash due to knee injury

Watching the video clips below, it’s clear Jorginho’s Mum is quality with a ball at her feet, so much so that some fans have been commenting that the club should sign her up, and that she could be better than players like Alvaro Morata and Tiemoue Bakayoko, both of whom have flopped at Stamford Bridge.

Make of that what you will, but these are pretty great videos to watch, with Chelsea’s new signing really endearing himself to his new fans with his down to earth nature and appearance of being a real family man.

Here’s Jorginho playing football with his mum. Maybe @WestHamUtd should of signed her instead of the players they bought. Can not play any worse then there new signings did yesterday LOL!!!! #CFC pic.twitter.com/7pWEuFCpoY

Plus, who knows, these skills may really prove useful for the Blues if they suffer an injury crisis, or just decide they’re sick of waiting for Morata to finally score again after a dire 2018 for the Spaniard.

Jorginho’s mum has a better touch than Lukaku ?? pic.twitter.com/ZCLEp1XrBA

Here’s what fans have been saying about the clips…

Can she play striker? pic.twitter.com/ZczbrlnE1R

Still a better passer than Bakayoko ?? 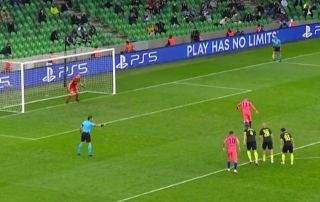 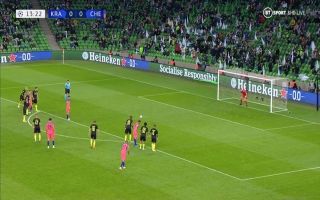