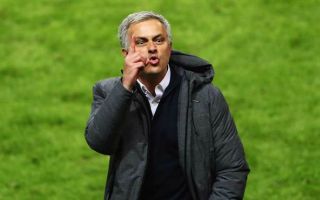 The Red Devils opened their season with a 2-1 win over Leicester City last Friday, with Darmian starting while Rojo was out injured.

However, as per ESPN, amid talk of exits for both players, it’s been suggested that Mourinho is in fact keen to keep the pair at Old Trafford until January at least, albeit it’s added that he’ll let them decide on their respective futures.

Given the Portuguese tactician has a wealth of options in defence already, with Eric Bailly, Victor Lindelof, Chris Smalling and Phil Jones all able to play centrally, it’s questionable as to where Rojo fits into the pecking order.

Coupled with Luke Shaw’s impressive outing against the Foxes, that could push Rojo into a back-up role at left-back too and so in terms of his hopes of regular playing time, an exit before the end of the month appears to be the most sensible solution.

As for Darmian, the 28-year-old struggled to establish himself in the line-up last season too having made only 17 appearances in all competitions.

While he will likely continue to deputise in the absence of Antonio Valencia, he will perhaps face a similar situation to Rojo in terms of being a reserve option and so an exit seems like a logical decision for him to further his career.

Nevertheless, it remains to be seen if they satisfy Mourinho’s preference and wait until the New Year, or if they do push for a move elsewhere given that the transfer window is still open for most of Europe this month while English clubs saw the market close last Thursday.