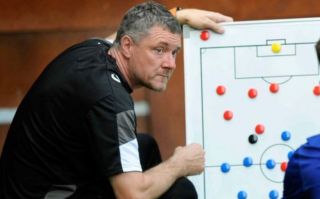 Manchester City have reportedly moved to take action against a club employee for using a racial slur to describe black players in their youth team.

According to the Daily Mirror, City youth team chief Dean Ramsdale, is under investigation for allegedly using the term ‘BBQs’ – standing for big, black and quick.

The report states Ramsdale used this term in front of colleagues and agents, leaving them taken aback by his deeply offensive language.

One person present made a formal complaint to the club in a letter, according to the Mirror, in an unwanted controversial incident for the Premier League champions at the start of the new season.

Pep Guardiola’s side won huge amounts of respect for their superb title win last season, and made a fine start to the new campaign by winning 2-0 away at Arsenal at the weekend.

The Sky Blues will need to show they can take the appropriate action here, however, as these claims against Ramsdale sound deeply troubling and the kind of thing that must be stamped out of football and society as a whole.