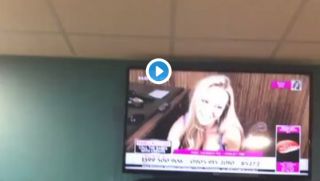 Bristol Rovers fans got a bit of a surprise treat at half time today as the club ended up accidentally broadcasting Babestation instead of the usual Sky Sports News in their bars.

These video clips below are among those doing the rounds on social media tonight as the League One side made this rather embarrassing gaffe during their Carabao Cup tie.

These fans didn’t seem too bothered about the mistake, but the Bristol Post has quoted the club as releasing an apologetic statement promising to deal with the matter.

When the footballs so bad they put babestation on at halftime at @Official_BRFC #utg pic.twitter.com/FuoU844rUX

“The club believes that someone that was attending in the bar was using a universal remote device to affect the TV output.

“The matter will be fully investigated, however the club believes that they have photographic evidence of the individual concerned and they will be dealt with appropriately.”