Lyon forward Mariano Diaz is reportedly very eager to secure a return to Real Madrid from the French giants this summer.

This is according to Don Balon, who note that Los Blancos manager Julen Lopetegui has asked the club to bolster his attacking options for this season, and that Lyon have an asking price of €80M on the head of Mariano.

Madrid fans may not be too happy with their side being linked with a big-money move for Mariano considering the fact that the club only got rid of the 25-year-old in the summer of 2017. 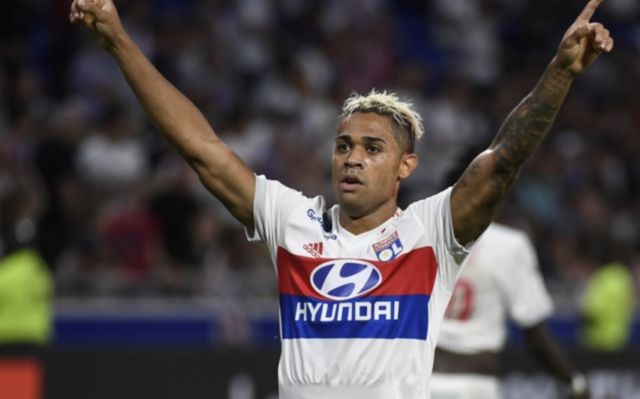 Having lost Cristiano Ronaldo to Juventus this summer, Real Madrid are going to need to dip into the transfer market to replace the goals that the Portuguese sensation brung to their side.

And that’s exactly what Mariano is capable of doing, as he proved last season with Lyon that he is more than able to bang in the goals in one of the world’s biggest and best leagues.

The striker scored 21 and assisted seven in all competitions for the Ligue 1 outfit last season, as he helped the club achieve an impressive third-placed finish in the French first division.

Mariano played for all of Real Madrid’s first team, ‘B’ team and ‘C’ team before joining Lyon last summer, something that will surely see him fit in well in the Spanish capital should he end up securing a move before the window shuts later this month.

Blow for Real Madrid as bit-part ace limited in training due to touted injury issue May 21, 2020 7:12
Real Madrid CF