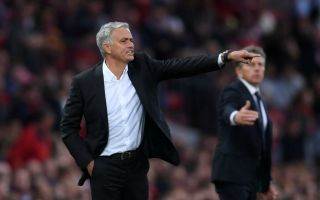 Man Utd will look to build on their opening weekend win over Leicester City when they travel to face Brighton on Sunday evening.

Aside from a shaky end to the game, the Red Devils were mostly in control against the Foxes barring a period in the first half as goals from Paul Pogba and Luke Shaw sealed the victory.

With rivals Man City and Liverpool making impressive starts, it will be imperative for Jose Mourinho and his players to avoid losing early ground in the Premier League title race and so they’ll be desperate to continue to improve and pick up three more points this weekend.

However, as per the club’s official website which has posted a team news update, Sergio Romero, Antonio Valencia, Diogo Dalot, Marcos Rojo, Ander Herrera and Nemanja Matic will all remain unavailable due to injury after missing the clash with Leicester.

Although Mourinho still has plenty of quality and depth at his disposal, it’s far from an ideal situation to begin the new campaign, especially with influential figures such as Valencia and Matic proving to be pivotal last season.

With that in mind, he’ll hope that they can return as soon as possible after making a full recovery, while the Portuguese tactician will have better news in terms of seeing some of his international stars who featured at the World Cup continue to have time to improve their fitness after returning late for pre-season.

There were plenty of positives to take from last weekend from a Man Utd perspective, but they’ll hope to now build on that and make a fine start to the new campaign.