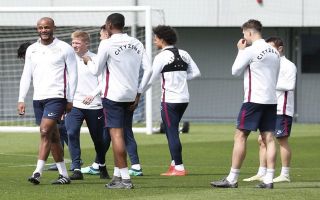 Manchester City midfielder Kevin De Bruyne has reportedly suffered knee ligament damage in training and could miss the next two months of the season.

The Belgian playmaker spent the summer on international duty at the World Cup in Russia and played a vital role in the team’s run to the semi-finals. Eventual winners France knocked Roberto Martinez’ side out with a 1-0 win, but they did beat England in the third place play-off to ultimately finish with a bronze medal – Belgium’s best ever showing at a World Cup finals.

De Bruyne’s performances were typical of a man that ran the midfield the previous year for English champions Manchester City, driving his team forward from the middle of the park with his exceptional passing range and confidence in possession.

The 27-year-old came off the bench deep into the second half of City’s first game of the new Premier League season on Sunday, against Arsenal at the Emirates Stadium, which was meant to be the beginning of his return to action at club level. However, according to The Sun, De Bruyne has sustained a serious injury in training with the senior squad on Wednesday.

The Sun reports that the Belgian may have damaged the ligaments in his knee and he has been flown to Barcelona for immediate specialist treatment as a result. Not only will he now miss City’s game against Huddersfield at the Etihad on Sunday, but he could also be out of action for at least two months.

The Blues midfielder suffered an injury during training. #mancity https://t.co/kNnAjzw8cs

This news will come as a real blow to manager Pep Guardiola, who usually relies on De Bruyne to pull the strings in midfield for his team. The Citizens still have plenty of options to replace him for now, but his impact and influence on the pitch cannot be overstated and he will be sorely missed during his spell on the sidelines.