After Cristiano Ronaldo secured a move to Juventus earlier this summer, speculation has suggested that long-time teammate Marcelo could follow him to Turin.

The pair enjoyed a glittering spell together at the Bernabeu, striking up an important partnership on the left flank at times to help Los Blancos enjoy an impressive trophy haul in recent years which included three consecutive Champions League titles.

In turn, it’s no real surprise that talk of a reunion in Italy has surfaced, as noted by the Metro, and although he remains a fundamental part of Julen Lopetegui’s plans moving forward, Marcelo seemingly didn’t entirely rule out the possibility of joining Ronaldo in Turin when asked about the speculation on Tuesday.

“Me at Juve with Ronaldo? I do not want to talk about it now, we’re here for a final and it’s not the time,” he is quoted as saying by Calciomercato.

On one hand, it’s understandable that it isn’t a topic he wants to discuss on the eve of an important game with Real Madrid taking on Atletico Madrid for the UEFA Super Cup on Wednesday night in Talinn.

Nevertheless, if there was nothing to the story and he intends on remaining at the Bernabeu moving forward, then an argument could surely be made that he would have merely dismissed the possibility out of hand.

As noted by Calciomercato, there is also a major obstacle standing in the way of a move, as it’s suggested that Alex Sandro must first leave the Bianconeri to create the space for Marcelo to arrive, with Paris Saint-Germain paired with an interest in the Brazilian.

Should that deal go through, then perhaps Marcelo’s future will become a bigger talking point. However, Juve will need to be quick if they are planning on an important switch at left back as the transfer deadline in Italy passes on Friday. 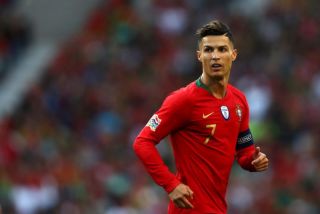