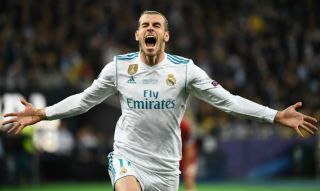 The Welsh winger arrived at the Santiago Bernabeu back in 2013 from Tottenham has established himself as a key member of the Los Blanco’s squad which has dominated European football over the last 5 years. Bale has picked up 4 Champions league winners medals during his time in Spain and scored 88 goals in 155 appearances, becoming one of Britain’s most successful exports in history in the process.

However, despite the incredible talent Bale possesses, he was largely unable to outshine Cristiano Ronaldo during the Portuguese maestro’s time with Madrid, which came to an end this summer as he joined Juventus in Serie A. With Ronaldo now out of the picture, the 29-year-old now has the perfect opportunity to pick up from where he left off as the club’s main man for the new season.

SEE ALSO: Crucial meeting in next 24 hours over future of Real Madrid star as Euro giants poised for last attempt
What Sergio Ramos said in response to Cristiano Ronaldo family comment, life without him at Real Madrid
Juventus reject €60m bid to cast doubt over move for Real Madrid star

According to MARCA, new Real boss Julen Lopetegui is a great admirer of Bale already and he has been impressed with his work ethic in pre-season. The Spanish coach said to reporters: “Bale is a player we love, he has been here a long time and has been training hard.

“He is motivated and is an important player who forms part of the team, and being a team is what is important.

“We need great players like him, and I’m more than happy with his work and attitude.

“We have player who is a super professional player in all aspects, who is training with the motivation of a youth player and who is helping us enormously.

“We will help Bale have a great season.”

Lopetegui takes charge in his first competitive game as Madrid manager tonight against local rivals Atletico in the Super Cup, the one-off game played between the winners of the Champions League and the Europa League the previous year.

Bale looks set to start the game and supporters will hope he can conjure up the same magic he showed in their latest European final win against Liverpool back in May when he scored a brace coming off the bench to seal a 3-1 victory for the team.