Florentino Perez has reportedly asked Eden Hazard to force through a transfer from Chelsea to Real Madrid this summer, with the club reportedly willing to fork out €180M for the Belgian.

This is according to Don Balon, who note that the Blues star is eager to secure a move away from Stamford Bridge this summer, and that the club must get their business done in the next 15 days as that’s when the summer window for Spanish sides slams shut.

MORE: Real Madrid to have to pay €226M to land summer transfer for world class goal-machine

If Hazard ends up listening to Perez and forcing through a summer switch, it could be the signing that Real Madrid need to fill the void left by Cristiano Ronaldo. 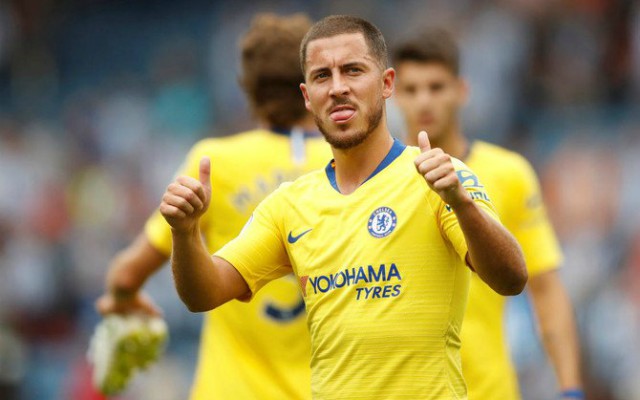 Hazard proved this summer at the World Cup with Belgium that he is one of the standout stars of world football, with his fantastic displays for the Red Devils helping them secured a third-placed finish at the tournament.

The winger’s performances with Chelsea over the years have also proved to be a key part of the club’s successes.

If Hazard is that desperate to leave Stamford Bridge, it may be worth him listening to Perez and forcing through a transfer to the Spanish capital this summer, something we’re sure all Real fans would be delighted to see happen.