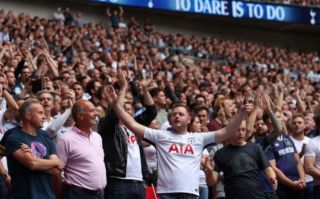 Spurs fans rejoiced today as centre-back Toby Alderweireld delivered a commanding performance in the first half of Tottenham’s clash with newly-promoted Fulham.

The Belgian defender was called into action several times in order to keep Fulham from scoring, with the defender looking as assured as ever at the back for Spurs.

Tottenham created some good quality chances during the first half and right before half-time Lucas Moura gave Spurs the lead with a beautiful curling effort from 18 yards out.

Alderweireld put on a classic display that fans have become accustomed to over the years, with the defender looking cool, calm and collected in possession by effortlessly distributing the ball forward with great accuracy and starting some of Spurs’ dangerous attacks from the back.

Check out some tweets below regarding the former Ajax man’s commanding first half performance:

Alderweireld is unbelievable. Give that man a new contract. One that he deserves. @SpursOfficial

#bbcfootball Alderweireld, Sanchez, Vertonghen – surely by far the best back three in the league. Why buy when you have that?!

So good to see those sweeping pinpoint Alderweireld passes once again. Makes such a difference to our attacking tempo ?

Alderweireld is so good man

Man, Alderweireld is so so good. If we actually lose him for 25 mil in summer im gonna cry.

Alderweireld's passing ability is out of this world.

Spurs fans will be hoping that the return of Alderweireld will hold them in good stead as they look to cement themselves as one of the most threatening teams in the league. 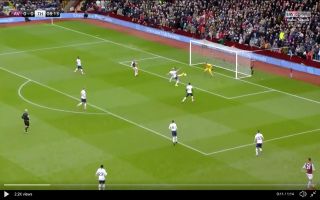