Real Madrid have yet to replace Cristiano Ronaldo after selling the Portuguse icon to Juventus this summer, but they are still working on it with the La Liga transfer deadline not until August 31.

According to Sport, the top target is PSG superstar Neymar with Real president Florentino Perez ready to pay £270m to prise the Brazilian from Paris.

But Perez will only make his mega-money move – which would smash the world transfer record – on one condition. 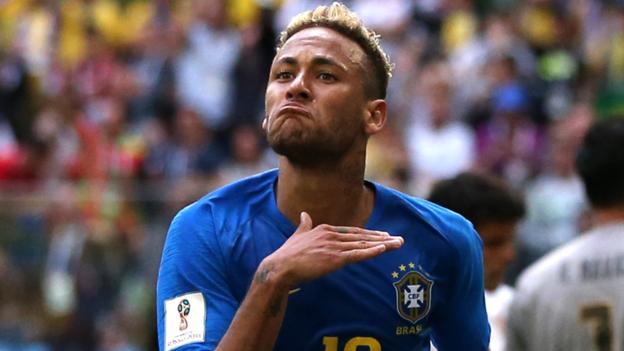 Sport claim that in order for Perez to properly pursue Neymar this summer PSG’s hand must be forced by a ‘serious punishment’ from UEFA. PSG are under investigation regarding their sponsorship deals and it is believed that a worst case scenario could see them handed a mammoth fine, which may need to be funded by selling Neymar.

As much as Perez may wish that PSG will be forced to sell Neymar, he is wise enough to know it is unlikely and that a contingency plan is needed.

But this is where the story gets weird. Although he is reportedly willing to spend £270m on Neymar, Sport state that Perez only has a £45m budget for any other forward.