Real Madrid have been told to pay €90M if they want to bring in Valencia and Spain forward Rodrigo this summer.

This is according to Don Balon, who note that the Spanish giants have already tabled an offer worth €60M to try and bring the Spanish international the Santiago Bernabeu this summer.

However, this doesn’t seem like it’s going to be enough, as the report states that Valencia aren’t willing to let the player leave for anything less than €90M, a price that surely isn’t worth it when you consider how good Rodrigo actually is. 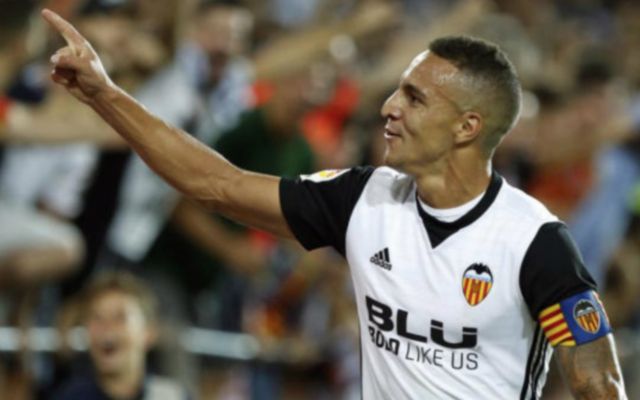 Despite him impressing in La Liga last season, paying €90m for Rodrigo just wouldn’t be a good move from Julen Lopetegui’s side.

Although it’s obvious that the club need to bring in someone to replace the presence and goals Cristiano Ronaldo took with him, paying €90M for Rodrigo just isn’t the way to go about that.

The Spaniard did score 19 and assist seven in all competitions for Los Che last year, however we’re sure Real fans will want the club to bring in a much bigger name than Rodrigo this summer.

We’re sure there are other alternatives that are more value for money than Rodrigo, but if Real do get desperate, it’s at least comforting to know they have the option of Rodrigo open for them.