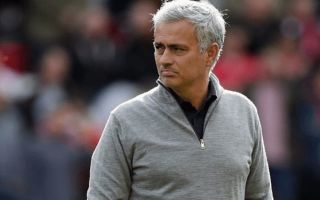 Man Utd suffered bitter disappointment against Brighton on Sunday, but Gary Neville has seemingly pointed the finger at the hierarchy and not Jose Mourinho.

The Red Devils began the campaign with a 2-1 win over Leicester City at Old Trafford, lifting some of the concern over the side given the lack of summer arrivals to push on and get closer to Man City after finishing 19 points behind them last season.

However, that good work was undone in their 3-2 loss to Brighton on Sunday, as the defeat will undoubtedly now continue to raise question marks over Mourinho and the squad at his disposal.

While the Portuguese tactician has unsurprisingly come under intense scrutiny after such a poor result, Neville has opted to look at the key area of the group that the Man Utd boss was seemingly so desperate to strengthen and in turn questions whether or not the individuals in that department are good enough.

“I’m not making excuses for them,” he told Sky Sports. “There has been £120m of investment in that back four. You’ve probably got the best goalkeeper in the world, so from a back-five point of view, you could argue there has been serious investment.

Given Mourinho has brought in Eric Bailly and Victor Lindelof since arriving at Old Trafford, he shouldn’t escape blame for that either as those are his investments.

Nevertheless, seemingly looking back at this summer transfer window in particular, Neville believes that the hierarchy have left Mourinho short in terms of continuing to build his own squad and that will have a negative impact on the club unless they start to back him in the market again.

“He is in his third season and I think he will feel extremely disappointed that he wasn’t supported in the transfer market. You can’t leave a house three-quarters built. You have to finish it and complete the build.

“He needs further investment. It’s obvious that he does and the club should support him in that because you can’t withdraw part way through a process. They have to go for it.”

Whether that happens in January and next summer remains to be seen, but with the pressure seemingly building, Mourinho’s priority might perhaps be to ensure he’s still in charge by then.