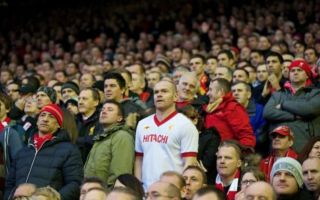 Having been left out of Liverpool’s squad for their clash against Crystal Palace this evening, Fabinho’s career at Anfield hasn’t exactly gone the way that a lot of fans would’ve been expecting.

The Brazilian, who joined the club from Monaco in the summer transfer window just gone, is yet to start a professional game for the Merseyside club.

MORE: Sadio Mane to make Liverpool history against Crystal Palace should he accomplish this feat

And after being left out of the club’s squad for their match against Crystal Palace this evening, it seems like the midfielder is going to have to wait a little while longer before making his professional debut for the club.

However, some fans seem to think they know exactly why the former Monaco man wasn’t picked by Jurgen Klopp for their side’s trip to Selhurst Park today.

Reds fans took to Twitter to claim that the Brazilian will need time to settle in before being included in Klopp’s squads or starting line-ups.

Here’s a few tweets from Reds supporters claiming that Fabinho is going to need time to settle before claiming a starting spot. Let us know if you agree with them below.

Fabinho not being in the squad doesn't bother me tbh, he played a completely different system at Monaco. Give him some time to settle the same way Robertson and Ox did then bring him in.

Have a feeling Fabinho won't start regularly until 10 or so games into the season. Him not being on the bench suggests Klopp thinks he needs time to settle in and find his feet before being thrown in, same as Robertson.

Imagine saying something like this. Fabinho will be starting for us at 6. It's just going to take a bit of time for him to settle. It's not because Klopp's got so many class midfield options that he didn't make the squad. https://t.co/1exOtm4I96

Klopp obviously giving Fabinho time to settle. We saw it with Robertson and Oxlade-Chamberlain and it was worth it. Let's give him time and we'll reap the benefits later on

Stop moaning about Fabinho ffs, would you really have thrown him straight into Palace away?? Would prefer him playing at Anfield to settle in

Looks like Klopp wants to give full time on Fabinho to settle, not taking any risks.