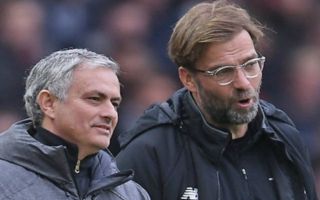 The Red Devils are already three points off the pace in the 2018-19 Premier League season after succumbing to a shocking 3-2 defeat at the hands of Brighton on Sunday. Mourinho’s men were outplayed for the majority of the game and struggled to create clear-cut chances, which has become a regular theme under the Portuguese coach.

In stark contrast, their fierce rivals on Merseyside have enjoyed a perfect start to the new season, securing comfortable wins against West Ham and Crystal Palace. The Red’s have also managed to pick up maximum points employing a fluid-attacking style which has carried on the trend from last season when they managed to reach the European Cup final.

The way Liverpool are playing is not too dissimilar to the great United teams of old under Sir Alex Ferguson, which the club became known for around the world before his exit in 2013. Since then David Moyes, Louis Van Gaal and now Mourinho have all tried in vain to spark a title challenge again, with the latter a million miles away from the kind of positive football made famous by the club over the last twenty years.

According to ex-England playmaker Danny Murphy, Manchester United supporters will be looking at the way Klopp sets up his team with envy, although he stops short of saying that the German would be more successful than Mourinho at Old Trafford.

He told BWIN: “I think a lot of Manchester United fans will look at the way Klopp has Liverpool playing with such attacking intent and they will be envious.

“Liverpool are always on the front foot, with fast movement and excellent speed of passing. I think Manchester United fans will look at that and wish it was what they were watching at Old Trafford.”

“However, it’s important to remember that Mourinho has won more trophies at Manchester United than Klopp has at Liverpool. Mourinho has been much more successful than Klopp over the years so fans shouldn’t get carried away thinking the grass is always greener.”

United’s next game will be another stern test for the 55-year-old manager’s underperforming team, as high flying Tottenham visit Old Trafford on Monday, coming off the back of two straight wins at the start of the season.