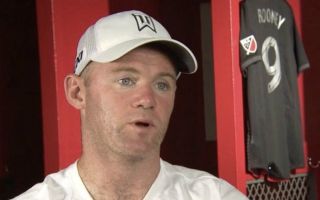 Former Manchester United and England striker Wayne Rooney has backed Juventus to win the European Cup, because of Ronaldo’s arrival in Turin.

The biggest prize in European football has been on seemingly permanent display at the Santiago Bernabeu in recent years as Real Madrid have won the competition in five times over the last seven seasons. Three of their triumphs have come consecutively since 2015, with final wins against La Liga rival’s Atletico Madrid, Juventus in Serie A and English powerhouse’s Liverpool.

The current group of players at Madrid are a formidable group, to say the least, with the likes of Luka Modric, Toni Kroos, Gareth Bale, Raphael Varane and Isco, all world-class talents who could fit into any other team in Europe. However, one man stood tallest during the recent glory years for Los Blanco’s and as of this summer, he is plying his trade in Italy.

That man is, of course, Cristiano Ronaldo, one of the greatest players of all time and Real Madrid’s record goalscorer, who elected to leave the Bernabeu to join Juventus during the transfer window. The number of goals he scored and the influence he had on the team during his 9-year stay with the European champions makes him a huge loss for the club, but a huge coup for the Old Lady.

Ex-England captain Wayne Rooney, who played with Ronaldo at Manchester United, believes that Juventus should now be considered as favourites for the Champions League this year, as he told CNN Sport: “He’ll do what he’s been doing for the last 10 years, he’ll bring goals to Juventus and I fancy Juventus to win the Champions League this year solely for the fact Cristiano has gone there.

“He works hard and deserves all the credit he gets because he’s put that effort in to be at the top.”

Ronaldo made his debut for his new club over the weekend, as Massimiliano Allegri’s side grabbed their first three points of the new Serie A season with a 3-2 win against Chievo Verona.