Barcelona have a deal in place with Everton that would allow them to re-sign defender Yerry Mina from them for £54million – but not before the year 2020.

This is according to Don Balon, who state the Catalan giants have struck what looks a pretty smart deal upon allowing Mina to join Everton this summer.

The Colombia international struggled in his brief stint at the Nou Camp after arriving as a promising talent, but it could be that he’ll blossom into a more complete player with a few years of experience with Everton under his belt.

There aren’t many better places to toughen a defender up than the Premier League, so it might be worth Barca keeping an eye on Mina’s progress, particularly after the potential he showed for his country at this summer’s World Cup.

Barcelona can re-sign Yerry Mina for £54million in 2020

Barcelona, however, signed Clement Lenglet from Sevilla to add to their defensive options, so don’t currently have an urgent need for more depth in that department. 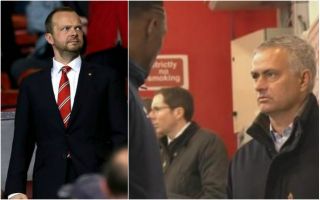