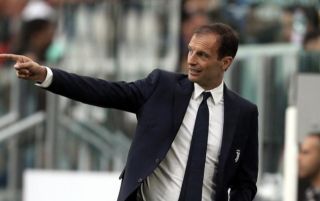 Juventus will reportedly make another attempt to try and sign Paris Saint-Germain midfielder Adrien Rabiot in the January transfer window.

The 23-year-old will see his current contract with the Ligue 1 champions expire next summer, thus leading to speculation over his future as he has yet to put pen to paper on a renewal.

It remains to be seen whether or not Rabiot eventually opts to sign an extension, but it’s claimed by Calciomercato that Juventus will try again in January and make a new offer, provided that he doesn’t commit his future and hasn’t already sealed a move elsewhere before the end of this summer’s transfer window.

With the deadline for most of Europe set for next Friday, there is still time for a European rival to beat Juventus to the punch and wrap up a move before the end of the month, with Calciomercato noting Barcelona are also keen on Rabiot and of course still have a chance to strike a deal.

With that in mind, time will tell if the Catalan giants are able to complete a swoop for the PSG midfielder in the next seven days, or if he remains on the market for Juve to launch a new bid in the New Year.

Given his technical quality and creative ability on the ball, there is no doubt that Rabiot would be a great addition to the Juve squad to bolster Massimiliano Allegri’s midfield further.

While Claudio Marchisio left last week, key individuals such as Blaise Matuidi and Sami Khedira are on the wrong side of 30 and so perhaps with Emre Can coming in as a long-term replacement for Khedira, Rabiot may well be seen as an ideal solution to replace former teammate Matuidi in the long run.

Juventus have made countless smart moves in the transfer market in recent years, and while they look well set to extend their domestic dominance this year while also targeting the Champions League with Cristiano Ronaldo leading the charge, signing Rabiot in January could be another big step towards solidifying their position for the present and future.