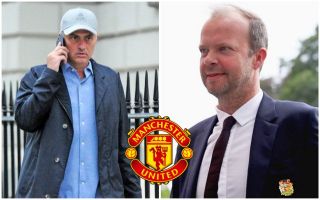 CaughtOffside understands tensions between Mourinho and Woodward have been escalating for some time, with it being widely reported that Woodward vetoed many of the manager’s targets over the summer.

Just after the transfer deadline we revealed Mourinho and Woodward were at odds over signing Jerome Boateng from Bayern Munich, while it also emerged the club did not push as strongly for Tottenham’s Toby Alderweireld as had been previously reported.

With Yerry Mina also seemingly dismissed as an option, CaughtOffside has now been told Mourinho was left ‘baffled’ by Woodward’s inaction over one signing he was more open to completing – the signing of Maguire from Leicester.

Initial talks are understood to have taken place, with CaughtOffside understanding the Foxes were open to a deal for around £60million, despite publicly playing hardball over the deal.

The England international had a superb World Cup after a strong campaign in the Premier League last term, and seems an ideal long-term solution in that problem area for United.

However, negotiations never really got off the ground, with Mourinho particularly frustrated by Woodward’s inaction considering he’d already seemed to make it clear the likes of Alderweireld, Boateng and Mina were not options, CaughtOffside understands.

It has also been reported by the Times that many inside the club felt Woodward did not move quickly enough for Maguire.

This comes as United fans are also reported in that piece to be planning a protest against their executive vice-chairman, who has a mixed record at best regarding transfers with the Red Devils.

Despite capturing many big names like Paul Pogba, Romelu Lukaku and Alexis Sanchez, there have also been high-profile flops like Angel Di Maria, Radamel Falcao and Memphis Depay.

While some fans clearly haven’t taken well to Mourinho’s tactics or harsh public treatment of his players, it seems clear that he is not entirely to blame as United struggle to get it together in the transfer market under Woodward.

This failure to deliver an ideal signing to strengthen a major area of weakness seems more than likely to come back to haunt MUFC this season.