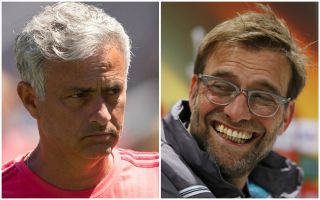 There are undoubtedly contrasting moods at Man Utd and Liverpool currently, and pundit Dean Saunders has questioned if any United players would get into the Liverpool XI.

After an impressive summer transfer window which saw them strengthen key areas of Jurgen Klopp’s squad, coupled with their run to the Champions League final, Liverpool certainly seem to be moving in the right direction.

In contrast, United finished 19 points adrift of Man City last season and ended up trophy-less, and coupled with their defeat to Brighton last weekend, the gloom is setting in at Old Trafford already along with question marks over the future of a fundamental figure in Paul Pogba, as per The Guardian.

With that in mind, Saunders has offered his opinion that Liverpool might be in a better position to compete with Man City for the title this season, which is fair, but his comments on whether or not any United players would get into the current Reds XI has sparked a backlash.

“Would any of their players get in Liverpool’s team?” he asked on talkSPORT. “I’m not Man United bashing, I’ve picked them because they are one of the top teams this year.

“United have spent £711million since Sir Alex Ferguson left the club, and they probably have not got one player who is a certainty to get into Liverpool’s team. De Gea over Alisson? Maybe. Pogba? Possibly, but with the disruption he is causing, I don’t know whether I would have him.”

David de Gea and Pogba would undoubtedly be the two most obvious choices, and although Liverpool do boast real quality in those two departments, it has to be questioned if Saunders is correct in suggesting that neither would make it into Liverpool’s line-up.

That’s the mood reflected in the comments from the Man Utd fans below, who clearly haven’t taken too kindly to the former Reds striker’s opinion.

Time will tell though if he is right on his prediction for how the Premier League campaign will play out, as Liverpool certainly look strong this year with plenty of question marks remaining over their old rivals.

However, while Alisson is undoubtedly a quality goalkeeper who is only improving with time, De Gea has produced consistently at the highest level for several years now and so that at least has to be one United player walking into the Liverpool team with opinion likely to spark debate on many others.

Dean Saunders says no Man United players would get in Liverpool’s team.

Do you agree? ? #MUFC #LFC pic.twitter.com/ZxotkT5Zzz

Absolutely pathetic to try to claim Allison is better than De Gea.

Achieved absolutely NOTHING his entire career and had 1 senior season.

Pogba is better than Henderson and it isn’t even close.

Arsenal version of Sanchez better than Firmino and Mane as well.

De Gea would get on any team in the world you muppet. There wasn’t a word said about Alisson 6 months ago

Not even the most bias Liverpool fan on the planet would have Allison over De Gea. Dean Saunders is a muppet.

De Gea has been the PL best keeper for the last 3/4 years. How would he not get in the Liverpool side?

Alison is good, but can’t claim he is better until he has had 2/3 seasons in the premier league.

Asking Dean Saunders views on football is like asking a 1 year old if they need their nappy changing.

Lmao no De Gea he’s been the best PL goalie the last 5 years! Currently best in the world. Crazy to dismiss him Dean!

So you wouldn’t have de gea? Please get off the radio. It’s embarrassing 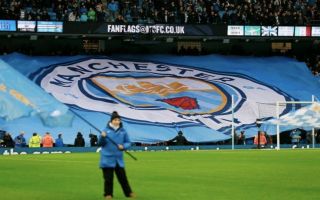 ‘Newcastle are too desperate for success to give managers a fair chance’ claims ex-Magpies coach: Is he right or are the fans to blame too? September 5, 2008 15:23
Newcastle United FC