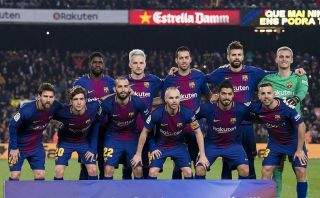 Barcelona midfielder Ivan Rakitic’s potential transfer to Barcelona looks to be gathering pace as it looks like his club could be tempted to cash in on him.

The Croatia international has been a key player for Barca in recent times, but at the age of 30 may be past his peak and it could make sense for the club to let him go now.

MORE: Barcelona star tempted to seal transfer to be reunited with his old manager

According to Sport, PSG could offer around £81million for Rakitic, which is certainly tempting money for a player who, at best, has three or four years left at the highest level.

Still, PSG would surely be happy to spend that on a proven winner with so much experience and quality, with the former Sevilla man winning the Champions League during his time at the Nou Camp and playing a key role in his national team Croatia reaching their first World Cup final this summer.

While PSG have big names like Neymar and Kylian Mbappe in their attack, they could do with someone like Rakitic to shore things up in the middle if they want to make that step forward to being serious Champions League contenders.

Is this the end for Ivan Rakitic at Barcelona as PSG transfer looms?