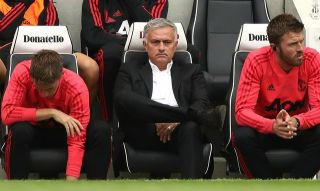 Barcelona chiefs have reportedly held discussions ahead of deciding to launch a transfer bid for Manchester United midfielder Paul Pogba in the next seven days.

The Catalan giants’ president Josep Bartomeu is described as ‘obsessed’ with signing Pogba after holding what is described as a ‘secret’ meeting by Spanish source Don Balon.

MORE: Barcelona star tempted to seal transfer to be reunited with his old manager

Barcelona don’t have long to get a deal for Pogba done as the transfer deadline for La Liga clubs is next week, but Don Balon give them hope of doing something as the player himself is said to be eager to escape Jose Mourinho and Old Trafford.

It’s been a tough start to the season for United with a defeat to Brighton last weekend, and with Pogba still to find his best form in this Red Devils side.

The 25-year-old showed what he can do with more freedom in his play as he played a starring role for France as they won the World Cup this summer.

He’s not been given that same trust by Mourinho at United, so it’s little surprise he seems to want out.

However, with the transfer deadline now closed for English clubs, it seems highly unlikely United would let Pogba go now as they would have to wait until January to replace him.

While MUFC do have the likes of Fred, Nemanja Matic, Marouane Fellaini, Ander Herrera and Andreas Pereira as options in midfield, that would surely be too big a risk to take, even if things clearly haven’t worked out with the player so far.

Still, Barca can be pretty persuasive when they want to be, and are known for often signing many of the best players in the world, even from the biggest Premier League clubs.