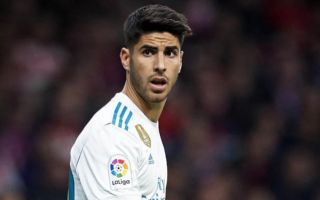 Asensio is aware that a lot of things would have to fall out of place for Brazilian superstar Neymar not to be sporting the white of Los Blancos next season as per Don Balon.

The report from Don Balon also states that Madrid presume a deal for Neymar will be secured given the money they will offer PSG for him, and the pressure the Brazilian is set to put on the French giants.

The Spanish side are surely going to be in need of a new marquee addition following Cristiano Ronaldo’s switch to Juventus this summer.

Given his performances for both Barcelona and PSG these past few years, Neymar looks to be the perfect fit to lead a new generation of superstars at the Santiago Bernabeu.

Florentino Perez may have his work cut out to arrange a deal to lure Neymar from Paris Saint Germain, as the French giants surely won’t want to see one of the world’s best players leave the club anytime soon.

Neymar could well be the signing needed to ensure Los Blancos’ dominance in European football continues long into the future, now all that remains is to see whether they are actually able to snag a deal for the Brazilian and bring him to the Spanish capital.