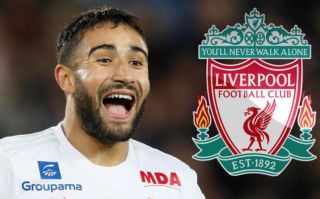 Nabil Fekir has stated that Liverpool are the only ones who know why his summer switch to Anfield from Lyon didn’t go through.

As per the Mirror, Fekir looked set to complete a £53M move to Merseyside this summer, but the move failed to materialise due to complications with the player’s medical.

MORE: ‘On another level this season’ – These Liverpool fans overjoyed with Reds superstar’s performance in Brighton clash

Speaking about his failed move this summer, Fekir said “I heard a lot of things. The real reason? Only Liverpool know”, implying that the Reds were the reason why his move failed to go through.

Fekir would’ve been a superb signing for Jurgen Klopp’s side, however given how the club have started their campaign this year, it doesn’t look like they’d’ve needed him!

Liverpool have won three games out of three in the Premier League this year, as they sit two points clear the top of the league.

Stars like Naby Keita, James Milner and Sadio Mane are putting in consistent, stellar performances for the club, something that may have very well kept Fekir out of their side should he have joined this summer.

Fekir would’ve surely been sad about his move to Liverpool falling through, however it seems like it just wasn’t meant to happen.