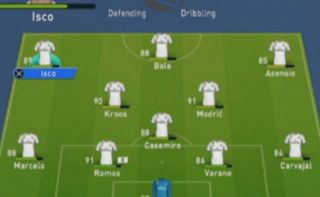 With FIFA 18 pretty much dead and buried now, all football fans will surely have their eyes turned to EA Sports’ FIFA 19.

The next game in EA’s ‘FIFA’ franchise is set to come out late next month as per Goal, and despite the demo not being available yet, some fans have already got their hands on the player ratings for some of the world’s biggest stars.

Every year, EA get hammered by fans of the game who call in the question the player ratings that some stars receive, and it doesn’t look like it’s going to be any different this time round if Real Madrid’s player ratings are anything to go by!

As per the above tweet, stars like Luka Modric, who was 88 rated last year, and Sergio Ramos, who was 90 rated on FIFA 18, have both received boosts for this year’s version of the game.

However, one player rating that should surprise every football fan if Raphael Varane’s, as EA have somehow decided that he is only worthy of being an 86.

Although this means that he has received a boost on his 85 rated last year, some fans will surely be confused as to how a player who has won the Champions League, La Liga and the World Cup these past few years can only be rated 86.

Time will tell if these ratings are going to be implemented into the final game, however for now, it looks like EA may have some angry fans knocking on their door if these ratings, especially Varane’s, are anything to by.