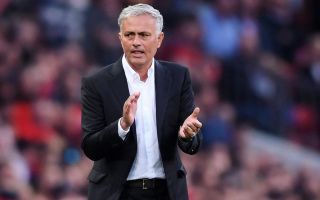 The pressure is mounting at Manchester United following a dismal summer transfer window and an uninspiring start to the new Premier League campaign.

In a damning report published by the Mirror it is understood that the long-running battle between executive vice-chairman Ed Woodward and manager Jose Mourinho will most likely be won by Woodward.

The Manchester United hierarchy are more likely to relieve the manager of his duties following Woodward’s huge commercial success in his time as CEO, according to the Mirror.

Mourinho has been widely reported as being at loggerheads with Woodward for some time now with the former Real Madrid manager very unhappy with a lack of additions in the summer transfer window.

This summer has also seen Mourinho appear to clash with some of his biggest United stars with the spotlight on his relationship with Paul Pogba.

The club also sensationally fined winger Anthony Martial this summer after he left their pre-season tour to attend the birth of his second child, the winger was fined £180,000 according to this report by the Mirror.

An unnamed source told the newspaper this week:

“The atmosphere is toxic. It’s worse than anyone can remember — and there have been some really low points in the five years since (Sir Alex) Ferguson retired.”

The report also stated that United are on the hunt for a Director of Football for the first time ever so Woodward no longer has to concern himself with the club’s recruitment of players and will instead focus on establishing United as a global brand.

Mourinho joined United in May of 2016 taking the reigns from Louis van Gaal after United won the FA Cup, although the Portuguese man has struggled to return United to the former glory they achieved under Sir Alex Ferguson.

In truth, many United fans would probably be glad to see the back of the 55-year-old at this point after a lack of inspiring results and performances since he took the job over two years ago.