Speculation linking Chelsea owner Roman Abramovich with selling the club refuses to go away as reports suggest he has a valuation in mind.

After arriving at Stamford Bridge in 2003, the wealthy Russian businessman has overseen the club’s most successful era with a whole host of trophies won.

Having signed some of the elite talent in Europe during that time, his influence has been huge on the club but reports continue to suggest that he may well be on his way out.

As per The Times, he wants at least £2.5 billion to even consider a potential sale, with visa problems that began a few months ago said to be at the heart of the reasoning behind why he would now contemplate giving the club up which were also linked as a knock-on effect to why plans to redevelop Stamford Bridge were put on hold.

That’s in contrast to reports over the weekend though, as The Guardian claimed that Abramovich isn’t looking to sell Chelsea, and so it remains to be seen how the situation plays out and if a substantial offer does indeed persuade him to consider selling up.

What’s clear is that Maurizio Sarri and the players can ill-afford to allow the distraction to effect performances on the pitch, as Chelsea have started well under the Italian tactician this season with three wins in three games in the Premier League.

Having been backed in the summer transfer window with the signings of Jorginho and Kepa Arrizabalaga, Abramovich arguably showed his commitment to the Blues, but time will tell if that may be one of the last markets that he oversees. 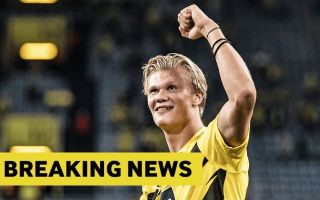 An unwritten promise from Chelsea could see star move on despite contract renewal Jun 7 2021, 18:15
Chelsea FC

Chelsea underway with ‘intense’ work to secure major transfer ahead of rivals according to former teammate of target’s father Jun 7 2021, 16:42
Chelsea FC

Chelsea will have to break the British transfer record to bring Romelu Lukaku back to Stamford Bridge May 31 2021, 13:24
Chelsea FC