Barcelona could be about to take advantage of RB Leipzig’s pursuit of Ademola Lookman to snag a deal for midfielder Kevin Kampl.

As per Don Balon, Bundesliga outfit Leipzig are looking to seal a deal to bring Everton winger Lookman to Germany, and that he is set to cost the club €28M, with it also being noted that Leipzig are keen on making some money in order to finance this move.

The report also notes that Barca’s want to improve their options in midfield means that them making a move for Kampl looks like it could happen, and that the Blaugrana may take advantage of Leipzig’s situation in order to snag a deal for the midfield general. 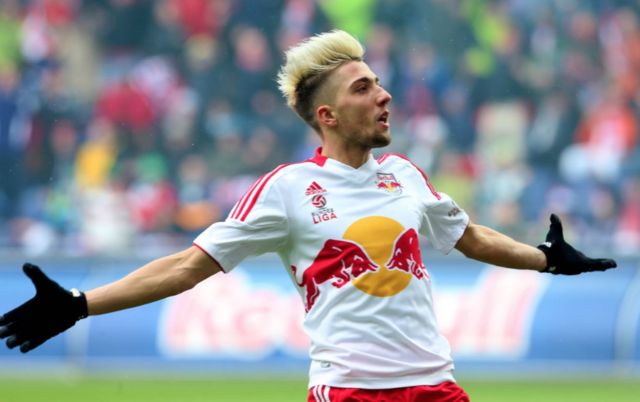 It’s not clear as to why Barca would want another central midfielder to come into the club given the fact that they’ve already brought in Arthur Melo and Arturo Vidal this summer.

Slovakian Kampl, who was a mainstay in Leipzig’s side last season, would surely struggle to find a place in Barca’s starting line-up given the immense quality the club already possess in the centre of the park.

Kampl would definitely be a good player to bring off the bench, however the player himself surely wouldn’t be ok with sitting on the sidelines game after game at the Nou Camp.

If Barca are to move for Kampl they’re going to have to be quick, as the transfer window shuts on Friday evening.